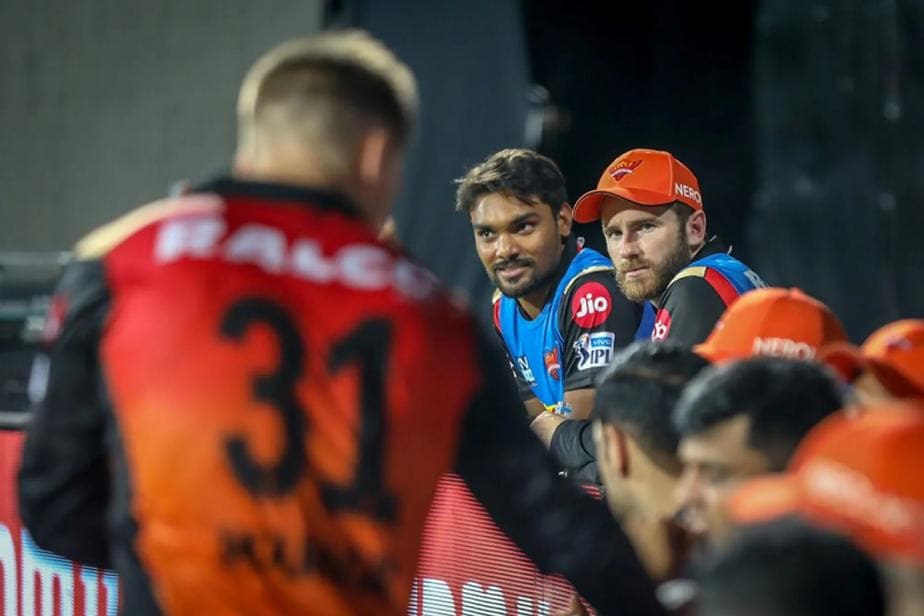 After another botched up chase thanks to a wobbly middle order, Sunrisers Hyderabad fans are hoping for Kane Williamson to be fit again soon. Captain David Warner gave an update after the match against Mumbai Indians, saying Williamson is progressing nicely. SRH were chasing 151 and were bowled out for 137, losing by 13 runs in Chennai.

IPL 2021: Rohit Sharma Brings up Another Milestone, Surpasses MS Dhoni in this List

“We have to speak to the physios, he’s (Williamson) coming along nicely and plays a big role in our squad. I’m sure if he’s ready he’ll get an opportunity,” said Warner.

Talking about the loss, Warner said the set batsmen have to bat through.

“I don’t know how to take that. Obviously disappointing. Two of us were set but it proves that if you don’t bat deep, you can’t win. That was my game-plan, a great piece of fielding from Hardik though. But that’s the game of cricket,” he said.

“These are very much chaseable targets, if you get a partnership and if there is one person at the end, you can chase it down. The guys need to play smart cricket in the middle, the bowlers have been fantastic and this wicket was slower than the previous wickets that we have played.

“You gotta learn from mistakes and it’s our responsibility at the top to bat deep. The bowlers adapted well. We have to move forward and keep having smiles on our faces.”

“The situation of the game decides the batting order in the middle,” he said. “We always have to be padded up. We didn’t do well in the first two matches but it’s nice to see other guys also delivering, so not much pressure. Those runs at the end really helped us.

“You have to decide your strong areas on such pitches and see what you can do. We have to find ways. It was good to see the team finding a way to scrap a win. Hopefully this can take us through.”

Vijay Hazare Trophy: Knockouts to Be Played in Delhi From March 7