IPL 2021: Guess Who is Scott Styris’ Celeb Hairstylist in the Bio-Bubble 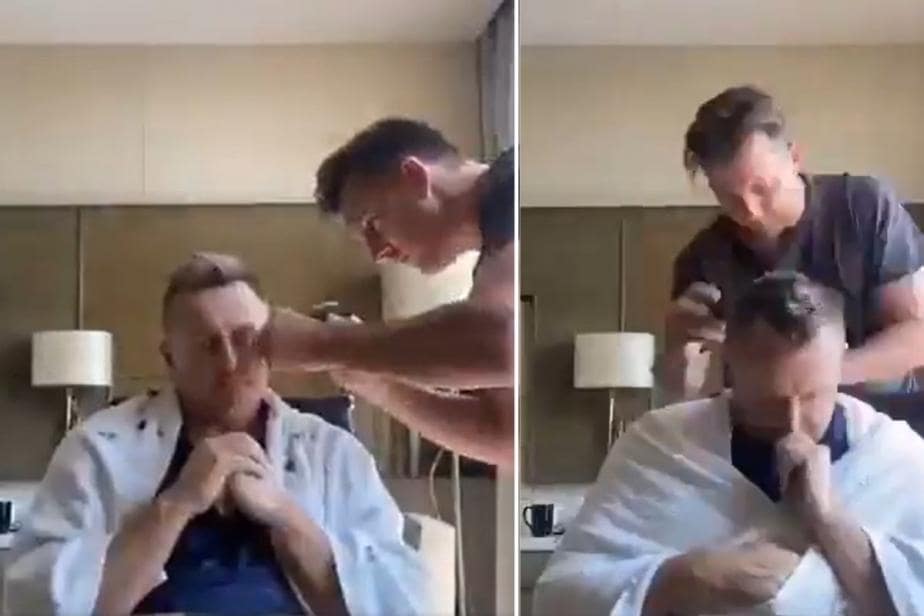 The ongoing Indian Premier League (IPL) 2021 is adhering to all Covid-19 precautions. The most popular T20 tournament is being played behind closed doors due to the pandemic with the players, coaches and other members living in a secure bio-bubble. Sharing a glimpse of th life in a bio-bubble, former New Zealand cricketer Scott Styris recently posted that they do not have access to a barber and revealed who is helping him groom. who is helping him groom his hair. His hairstylist and it is none other than former Australian pace legend Brett Lee.

Both Styris and Lee are on a commentary assignment for the IPL’s Select Dugout panel. Due to the strict bio-bubble safety protocols of the tournament they don’t have a hairdresser/hairstylist to prep their hair. Taking to Twitter, Styris shared a video of Lee using his hairdressing skills.

“No hairdresser in our bubble so it’sBrett Leewith the scissors.Ready to look sharp for the #selectdugout,” he captioned the video.

Check it out it here:

Ready to look sharp for the #selectdugout on @StarSportsIndia pic.twitter.com/WBeTJNrri4

Lee also gave a witty response to Styris’ tweet. The former Aussie pacer asked Styris to leave the money “on the fridge”.

Styris’ video and Lee’s response was well-received by the fans. Several users lauded Lee for his grooming skills.

One fan praised Lee with his nickname “Binga” and asked “is there anything” he can’t do.

Haha is there anything that you can’t do Binga?

Another fan said that Lee has “magical hands” both on and off field.

Magical hands on and off the field aswell..

A third praised the hairstyle as “nice fad” to which Styris replied that he needs to figure out “how to actually wear a cool cut?”Ha ha

Another fan remarked he would have used a shallow mixing bowl, to which Brett Lee reacted, “Ha ha.”

Sachin Tendulkar Birthday: 48 Interesting Facts About the ‘God of Cricket’