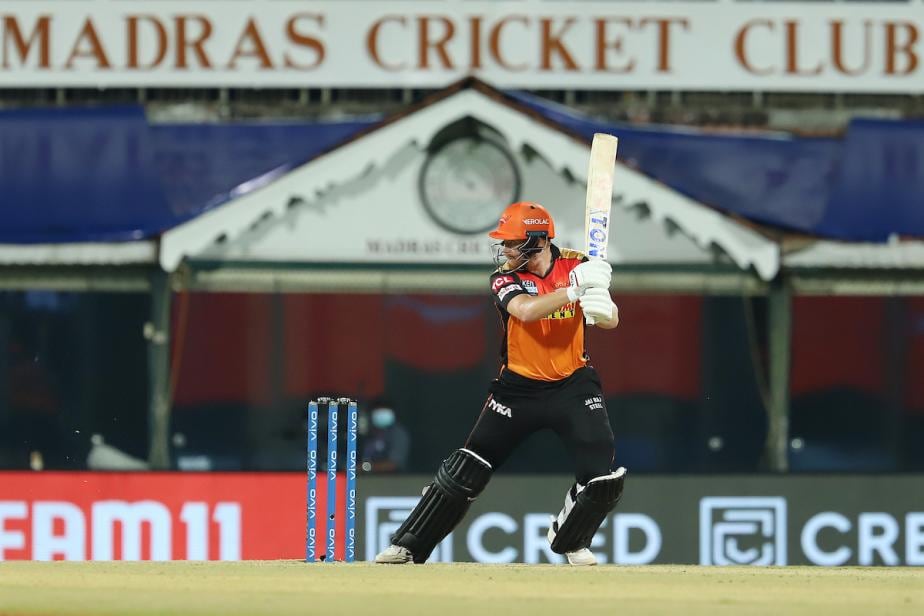 Even though SRH might have lost the match against MI by a margin of 13 runs, but the opening partnership of 67 between David Warner Jonny Bairstow created ample of problems for Mumbai. After the second over, Bairstow teed off and cleared the boundary on numerous occasions. It was during the fourth over of the chase, Bairstow hit Trent Boult for a couple of sixes.

One of them was a top-edge that flew over the keeper, but the second one was a fluent thud over long on. Such was the power behind the shot, that it hit one of the fridges in the SRH dugout, and broke the glass. WATCH –

Meanwhile, Hardik Pandya may not have clicked with the bat and may not have been bowling but he showed his all-round skills as his two run-outs through direct hits helped MI pick two crucial wickets to derail SRH. Hardik first got rid of a dangerous looking David Warner and then ran out Abdul Samad who was giving Vijay Shankar company and looking to take SRH home.

“I don’t spend much time on fielding, just make sure I’m ticking the boxes. To be honest, the run out of Warner I wasn’t expecting he was that far. I threw it just to make sure the ball is getting old and then realised he was far outside,” said Hardik while talking about his efforts on the field.

“The experience that everyone as a unit showed, that’s what matters. Whenever you get the opportunity you seize it and you win it. The kind of experience we have, lots of players go to the captain to give feedback and that helps.”

Indians to Play in The Hundred? England offer BCCI, IPL Franchises Share in the Pie