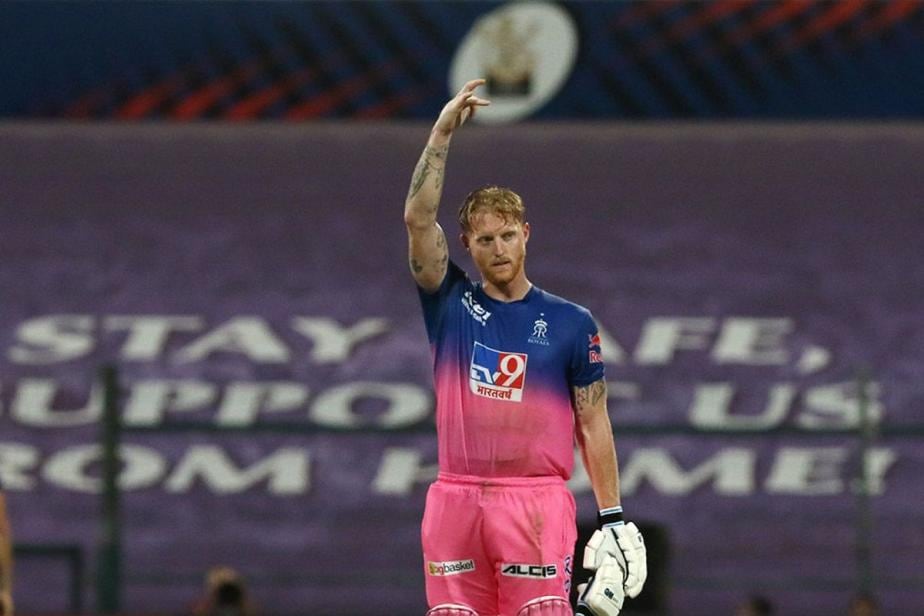 Rajasthan Royals’ Ben Stokes might be missing out on IPL action due to his broken finger but the England all-rounder is not missing any action from the world’s premier T20 franchise league. Stokes, who flew home on Friday last week from India, took to Twitter to point out a funny incident during Delhi Capitals’ contest with Punjab Kings at the Wankhede.

Pointing out a mistake of the TV commentator, Stokes tweeted, “Commentator: “Such a poor bouncer, if you want to bowl a bouncer it must be over Off Stump” REPLAY: bouncer line directly over Off Stump.” The incident took place in the 11th over of Punjab Kings’ innings when KL Rahul was on strike and Rabada was bowling. The South African pacer had already conceded 13 runs off the first three balls as Mayank Agarwal hit him for consecutive sixes. Rabada then thought of intimidating the PBKS skipper with a short ball but KL Rahul responded with a well-timed hook shot as the ball flew past over the backward square region.

The commentator in the question here is none other than legendary batsman Sunil Gavaskar.

Earlier in the match, Steve Smith made his Delhi Capitals debut as they won the toss and chose to bowl against the Punjab Kings (PBKS) at the Wankhede Stadium in the Indian Premier League (IPL).

DC captain Rishabh Pant said that he expects dew to come in during the second innings which is the reason why they chose to bowl first.

PBKS captain KL Rahul, meanwhile, said that the team is looking to put behind their crushing defeat in the last match against Chennai Super Kings.

“Those things happen with every team, every season, it’s important that you forget it. You learn a little just in case you’re in that situation again. Jalaj Saxena comes in for M Ashwin.. It’s been hard to read the pitch, generally, Wankhede is high scoring. If you have wickets in hand, then you can assess later,” said Rahul.