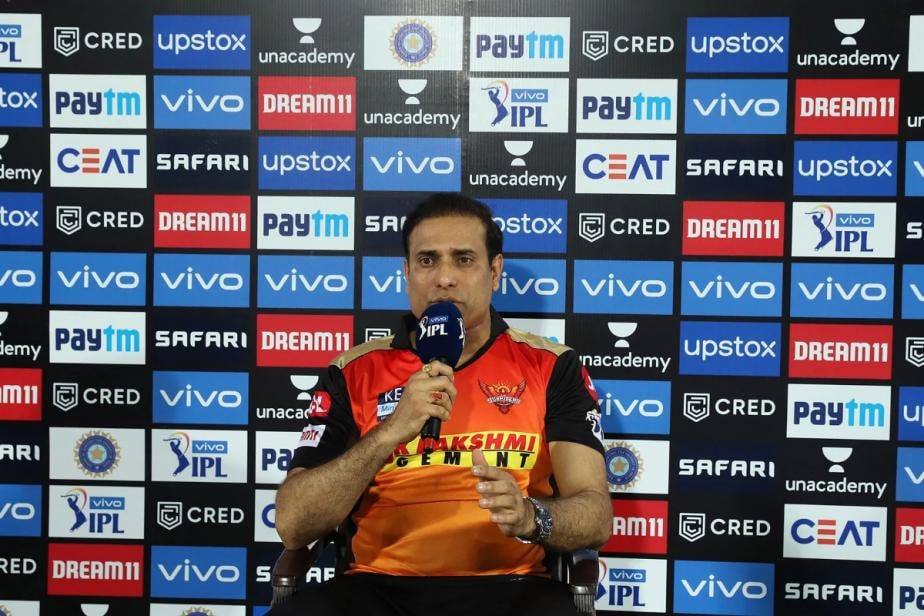 Sunrisers Hyderabad replaced pacer T Natarajan with Khaleel Ahmed in their  IPL 2021 match against Mumbai Indians on Saturday after it was revealed that the left-arm pacer had sustained a knee injury and required rest.

“Yeah, unfortunately, Natarajan missed out because of a sore knee and a niggle in his left knee, he was ruled out of this match. So, he was unfit for this match and that’s why we went with Khaleel Ahmed. We are going to assess the condition of Natarajan and I’m sure that the medical staff of Sunrisers will take the right decision which will be beneficial for him and the franchise,” VVS Laxman said.

The Sunrisers lost to MI by 13 runs after failing to chase down the target of 151 set by Rohit Sharma’s team. Despite the setback, Laxman praised Ahmed for conceding just 24 runs in four overs, taking one wicket in the process.

“I was very impressed with the way Khaleel Ahmed bowled in his first game of the season. I think he assessed the conditions really well and used a lot of his variation along with extracting a lot of pace and bounce off the surface. So, a lot of positives for SRH in the Khaleel Ahmed bowled,” he said.

Also read: IPL 2021: ‘Why Not Give Kedar Jadhav A Chance?’ Asks Pragyan Ojha After SRH Loss to Mumbai Indians

Fans and critics alike were confused when the SRH dropped Natarajan out of the blue, leading to speculations about his absence. Tom Moody, Director of Cricket for SRH, put the rumors to rest, saying, “Not dropped, rested – managing his workload, we know it’s a long tournament and he’s had quite a lot of cricket already under his belt.”

India vs England: Predict the Highest Run-getter, Wicket-taker, Man of the Match and Winner of the 4th Test