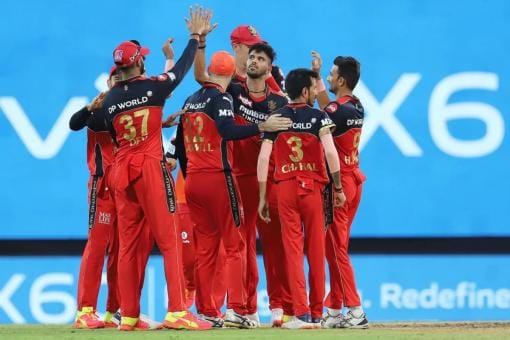 So this has been quite a recovery from RCB who found themselves in trouble early on after losing two wickets in one over of Varun Chakravarthy. And since then, it has been a one-way traffic with Bangalore belting Knight Riders bowlers for plenty of boundaries. Glenn Maxwell made 78 before AB de Villiers provided a grandstand finish with a blistering 34-ball 76*. RCB posted 204/4

Things have started well for RCB this season in what is one of their better beginnings in an IPL edition. They beat five-time winners and two-time defending champions MI in the season opener and brilliantly defended a total of just 149 against the Sunrisers. Virat Kohli has got starts in both the matches and would look to make it count this time against KKR. Interestingly, he has registered the identical score of 33 off 29 deliveries including 4 fours in both the matches!

The biggest story for RCB though has been the return of Glenn Maxwell. He was the highest impact batsman against SRH smashing 59 off 41 deliveries showing maturity in building his innings. He also chipped in 39 off 28 deliveries against MI. Maxwell is controlling the game batting at number 4 and easing the pressure on RCB’s greatest batsman – AB de Villiers – who came up with a defining performance against MI with a 27-ball 48.

The bowling has been potent and impressive – a big leap from previous years where the team lagged behind in this department. Harshal Patel and Mohammed Siraj have been the two outstanding bowlers for RCB so far. Harshal bagged a fifer in the first match and returned with a couple in the second also being very restrictive. Siraj has been extremely economical and very miserly in the powerplay. The team unearthed a new hero against SRH when left-arm orthodox Shahbaz Ahmed picked three big wickets in one over to wreak havoc on the opposition middle order.

KKR have had a mixed bag of sorts. They had a fine win over SRH but saw a middle and lower-order collapse in what should have been an easy victory over MI.

Nitish Rana has been their standout performer thus far. He slammed 80 off 56 deliveries against SRH before registering another fifty against MI. The skipper Eoin Morgan has not got starts in both the matches and needs to come up with a significant score against RCB. The biggest concern for KKR though would be the form of Andre Russell – he has registered two single-digit scores and looked out of sorts. The all-rounder had a terrible campaign in 2020 after a sensational 2019. KKR need Russell – the destructive batsman if they are to make the playoffs this time around.

Pat Cummins has been the trump card for KKR with the ball. He bagged the wickets of Rohit Sharma and Ishan Kishan and was very restrictive against MI. He again got the prized scalp of Jonny Bairstow and was KKR’s most economical bowler against SRH.