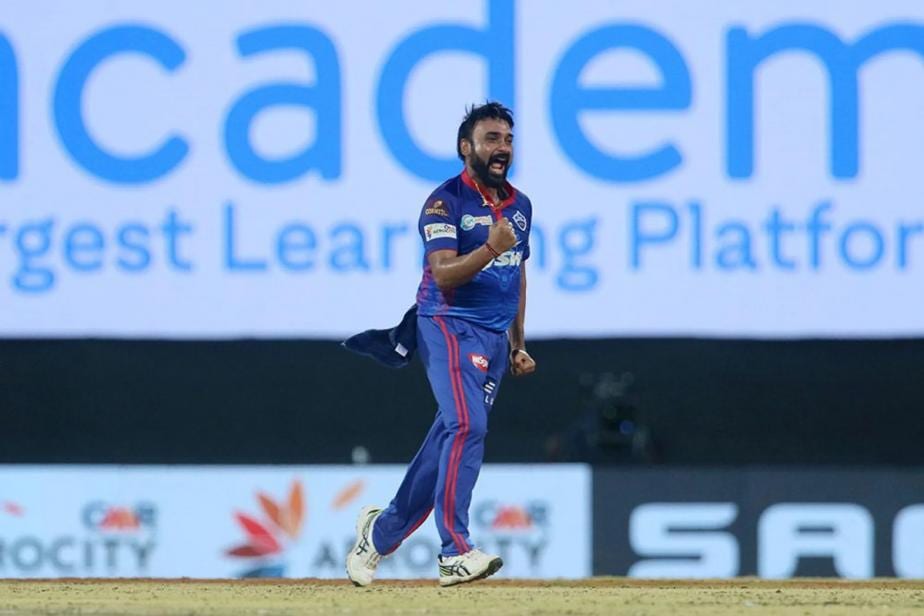 Amit Mishra picked up four wickets to set up Delhi Capitals’ rare victory over Mumbai Indians in an IPL 2021 match at the MA Chidambaram Stadium in Chennai on Tuesday. Mishra’s 4 for 24 kept MI to 137 for 9, which DC chased down with six wickets in hand in the final over.

Shikhar Dhawan (45), Steve Smith (33) and Lalit Yadav (22*) made decent contributions with the bat in tough conditions to help DC home. DC had lost their last five matches to MI.

DC’s chase started on a wrong note with Prithvi Shaw tamely chipping a return catch to Jayant Yadav in the second over. MI nearly got Shikhar Dhawan out in the first over, with Hardik Pandya claiming a low catch. However, replays show he had grassed it. The absence of soft signal in the IPL worked in favour of the batsman.

However, DC had the perfect batsman to soak in the pressure and put up a steady partnership for chasing such low totals – Steve Smith. Smith joined Shikhar Dhawan as the duo took DC to 39 for 1 in the Power Play.

The duo added 55 for the second wicket before Kieron Pollard trapped Smith lbw in the 10th over. He could have had Dhawan run out at the non striker’s end too (mankad), but he chose not to and instead gave him a warning.

With the ball spinning big, and Rahul Chahal and Jayant Yadav bowling well, Dhawan and Lalit Yadav batted steadily to take the equation to 48 from 6 overs at the strategic time out.

After the break, Dhawan hit Rahul Chahar for a six and a four, but the legspinner had his revenge in the same over, Dhawan caught in the deep for 45 (42).

37 off 30 is easy on most days but with Bumrah around, you never know. Ask KKR and SRH. He got Rishabh Pant caught in the deep, and the equation was 22 off 18. That became 15 off 12, which became 5 off 6, aided by two rare no balls from Bumrah. Shimron Hetmyer finished that out without fuss.

Earlier, Mishra, who is playing his second game of this season, removed skipper Rohit Sharma and Hardik Pandya, both caught in the deep as well as Ishan Kishan, who was bowled and Kieron Pollard, who was out leg-before wicket.

MI, who lost Quinton de Kock early to Marcus Stoinis, were looking good at one stage as Sharma and Suryakumar Yadav added 58 for the second wicket. However, Yadav’s dismissal off the bowling of Avesh Khan triggered a collapse.

Mishra then got into the act as MI lost four wickets, including three to Mishra, while adding just eight runs. Both Sharma and Hardik fell in the space of three balls.

The wickets pegged MI back as they tried to stage some recovery with Kishan and Jayant Yadav. However, Mishra removed Kishan, yorking him with leg-spinner, and soon Jayant was caught and bowled by Kagiso Rabada.

While Mishra took four wickets, pace bowler Avesh took two for 15 in two overs while Rabada and Lalit Yadav picked a wicket each.

IPL 2021 Suspended: A Timeline of How the ill-Fated Season Came to a Grinding Halt Amid Covid Crisis