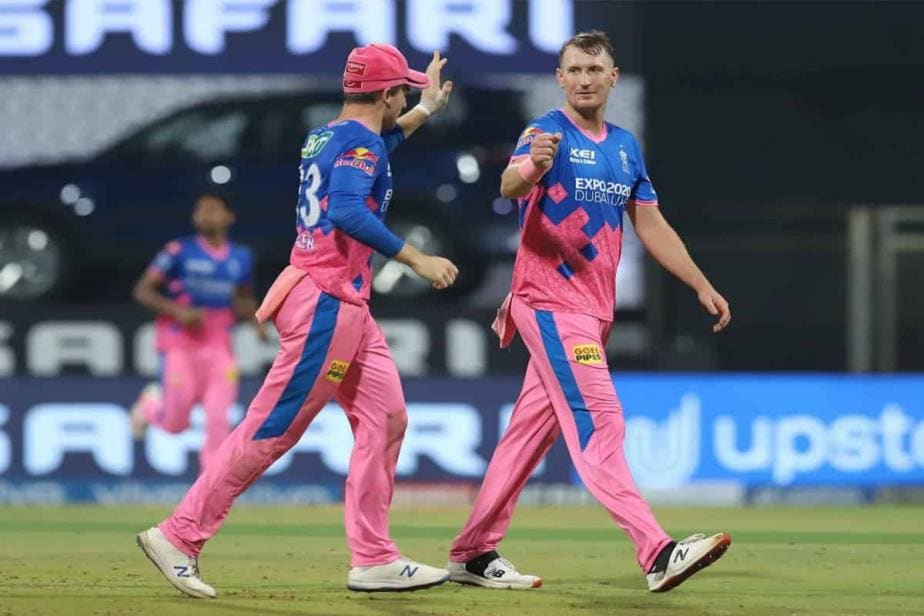 Tempers flew in the 12th game between Rajasthan Royals (RR) and Chennai Super Kings (CSK) when the Royals all-rounder Chris Morris lost his cool at young fast bowler Chetan Sakariya after a misfield. Morris was pretty economical until he came to bowl the penultimate over of the innings. While he got a couple of wickets, the South African was really frustrated after bowling his final over where he went for plenty.

Bowling his fourth and final over, Morris dismissed CSK dangerman Ravindra Jadeja in the third ball who smashed a boundaryjust before getting dismissed. Dwayne Bravo stepped in and opened his account with a four. It was a length ball around off and Bravo easily lofted it over extra cover for a boundary. He went after the next ball too with a square drive that beat two fielders.However, the ball was supposed to be stopped to be a dot ball or at worst result, a single. Butwent for a boundary due to a mistimed dive from Sakariya. The ball eventually rolled past him and went on to defeat Mustafizur Rehman’s chase to cross the boundary rope.

While misfields are a part and parcel of the game, this slip infuriated the Proteas all-rounder, who was seen unpleased with his teammates. It somehow affected his bowling too as he gave two wides after that and ended the over with 15 runs.

While Sakariya was kicking himself for costing his side four runs,Morris, who generally smiles off mistakes from teammates fuming on the field was a first. His hurling a mouthful at the youngster attracted reactions from Twitterati.

One user wrote he finally saw “Morris getting angry”

Finally I saw Morris getting Angry.

Earlier in the match, after having won the toss, Sanju Samson-led RR elected to field. CSK got off to a steady start and despite having no fifty plus scores, MS Dhoni-led side managed to put up a decent total of 188/9 in their allotted 20 overs. Sakariya claimed 3 wickets for 36 whereas Morris picked up 2 for 33. In reply, RR could only manage 143 runs, thanks to sensational spells from Moeen Ali (3/7 in three overs) and Ravindra Jadeja (2/28).