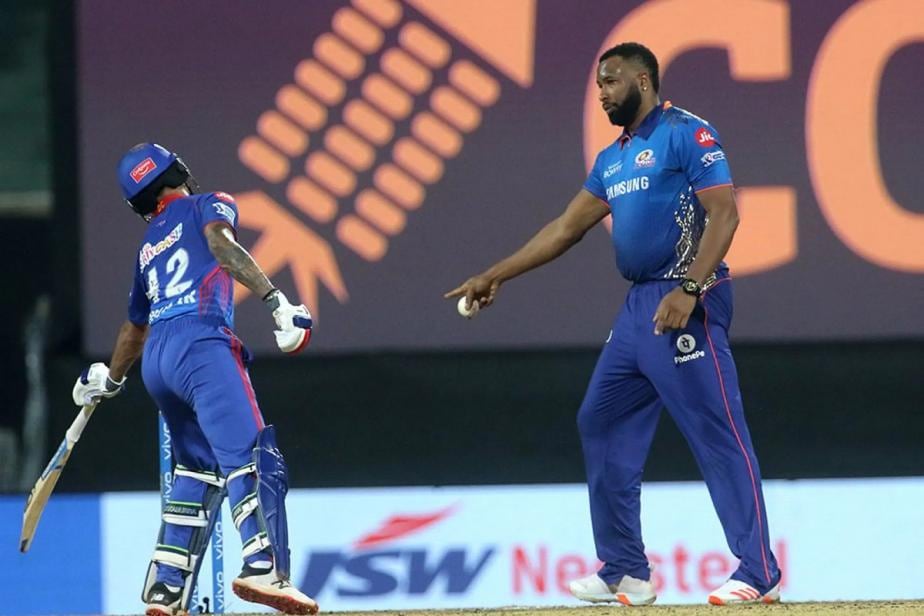 The ‘mankad’ — a run out at the non striker’s end before the ball is released – is back in the limelight in IPL 2021, since footage emerged of Dwayne Bravo backing up too far in CSK’s match against RR on Monday in Mumbai. On Tuesday, it was once again in the news as Mumbai Indians allrounder Kieron Pollard gave Delhi Capitals opener Shikhar Dhawan a warning for backing up early before releasing the ball.

In the second ball of the 10th over, Pollard stopped in his run up without releasing the ball and pointed to Dhawan to stay in the crease. Prior to that, Krunal Pandya too had stopped twice in his run up with Dhawan at the non striker’s end.

As per playing conditions of the IPL and the laws of cricket, there is no need to warn the batsman for this type of dismissal.

Here’s what the relevant law and playing condition says:

Mishra, who is playing his second game of this season, removed skipper Rohit Sharma and Hardik Pandya, both caught in the deep as well as Ishan Kishan, who was bowled and Kieron Pollard, who was out leg-before wicket.

MI, who lost Quinton de Kock early to Marcus Stoinis, were looking good at one stage as Sharma and Suryakumar Yadav added 58 for the second wicket. However, Yadav’s dismissal off the bowling of Avesh Khan triggered a collapse.