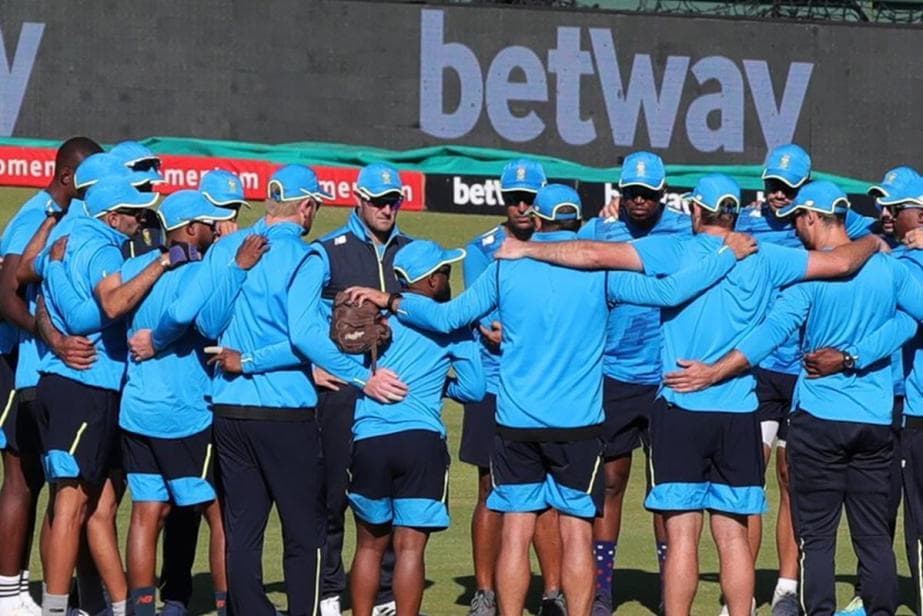 South Africa’s Test captain Dean Elgar, limited overs captain Temba Bavuma and women’s captain Dane van Niekerk signed a statement by the country’s cricketers in which they apologised to stakeholders due to the administrative crisis in Cricket South Africa (CSA).

They also expressed fear that government intervention in the administration of the sport could lead to the International Cricket Council (ICC) suspending the team with just months left for the men’s T20 World Cup this year.

The statement has been written on behalf of the South African Cricketers’ Association (SACA) and signed by its president Khaya Zondo.

“The governance crisis that has engulfed cricket for over 18 months has now escalated to the point where the Minister of Sport, Arts and Culture has formally noted his intent to intervene in the sport. We respect the fact that the Minister has shown great patience in dealing with the governance crisis, and the events as they unfolded at the Special General Meeting of 17 April 2021, were in bad faith and disrespectful not only to his office, but to all cricketers and the public,” said the cricketers in the statement.

“Government intervention in the sport will have dire consequences, the full extent of which we do not yet know. The right to represent South Africa may be withdrawn and the ICC may suspend Cricket South Africa. These outcomes will in turn impact touring, broadcast rights and sponsorship deals. Ultimately the financial viability of the game will suffer and cricket at all levels will be severely prejudiced,” they said.

The players said that they recognise the importance of the support of sponsors in their own careers.

“As players, we wish to speak directly to the many sponsors of our beloved game – such as SAB, Betway, Momentum, KFC – we recognise and acknowledge that your involvement in the game supports our careers and provides funding for the development of the game throughout South Africa. We apologise for the actions of our Administrators who have undermined and betrayed your commitment to the sport. We are aware that many of you have engaged SACA directly over the past 12 months, confirming your support for us, the players, and for that we thank you,” they said.

“And finally, to the most important stakeholder in the game – the public – we ask that you continue to support cricket. It is the most wonderful game, and we are immensely proud to represent you on the field. We implore the Members’ Council, Interim Board, Ministry and SASCOC to resolve this impasse so as to ensure that we can continue to do so,” said the statement.

They also expressed concern over the development of the women’s game, especially considering the success the national team has enjoyed recently.

“The Momentum Proteas Women’s team has enjoyed unparalleled success over the past 14 months, and the women’s game in South Africa is on the verge of significant expansion. The development of the game is now under serious threat, and at a time when we should be enthusiastic about the future, we have to be concerned about its future,” it said.

“The Proteas Men’s team has an ICC World T20 Event in November. Preparation has already started for this event, and the current state of cricket administration undermines our work in this regard. It may even lead to our suspension from this event should the ICC decide to suspend South Africa,” said the statement.

Watch: ‘Shut the Noise’ – India Women Sweat it Out in Gym Ahead of England Tour