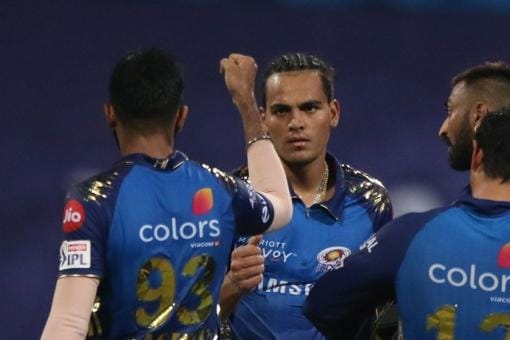 PBKS vs MI Live Cricket Score, IPL 2021 Today’s Match |Chasing 132, Punjab Kings are off to a great start, both their opening batsmen KL Rahul and Mayank Agarwal are middling the ball. The duo has already scored more runs for PBKS in this inning in four over than MI scored in their powerplay.

Punjab Kings’ KL Rahul won the toss and opt to bowl first against Mumbai Indians. Ravi Bishnoi in for PBKS in place of Murugan Ashwin while Mumbai are unchanged

Punjab Kings will be up against mighty Mumbai Indians at the Chepauk and they will have their backs to the wall as they are languishing at the bottom of the table. PBKS had to a do a lot of catch up last year as well as they went onto pull off five in five but the management wouldn’t want to have same state of affairs this year.

Punjab Kings: There is no shortage in quality talent in PBKS camp and yet here they are–at the bottom spot. Although there is a lot of time left in this tournament, but one must ask why PBKS continues to punch below their weight. The top order has the likes of big-match players but they are not firing in tandem. West Indies’ Nicholas Pooran has woefully short of form. Mayank Agarwal has remained iffy in his batting approach. But it’s not their batting that is the problem, it is the seamers that has let them down in last three games. Mohammed Shami went for 53 against Delhi, Arshdeep Singh was impressive but only in the first game. The management is still puzzled with so many options in Riley Meredith and Jhye Richardson. Similarly David Malan who is number one T20 batter is yet to get a game. The team combinattion is bound to get hampered with so many class foreigners in the side, a massive mistake that was overlooked.

Mumbai Indians: They might be the defending champions and the best T20 team in the world but they too, it seems, have chinks in the armour. Like in the last game against Delhi Capitals, they looked out of sorts against Amit Mishra’s spin. Punjab must take a cue from this. Meanwhile Mumbai lower middle order is a cause of concern. Hardik Pandya is yet to come to party and over-dependence on Rohit Sharma can be well exploited by PBKS. Suryakumar Yadav is the metal in the middle and if he is not kept on tight leash he can put opposition in big big trouble.