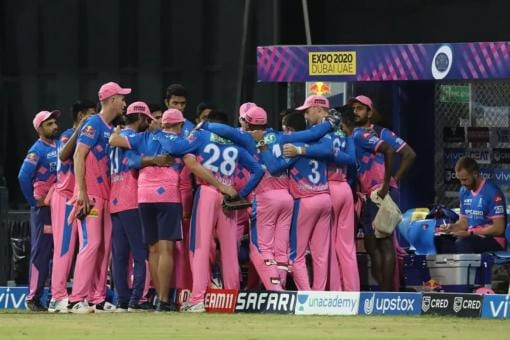 IPL 2021 RR vs KKR Live Score And Latest Updates: The Powerplay has gone in favour of Rajasthan Royals who not only kept Kolkata Knight Riders openers quiet but also managed to send one of them back as well. Shubman Gill went for a non-existent single and was rightly punished by Jos Buttler whose direct hit caught him well short. He scored 11. KKR managed 25/1 in 6 overs

Kolkata Knight Riders made a fine start to their IPL 2021 campaign overcoming Sunrisers Hyderabad by 10 runs in Chennai. But since then, their top order has failed and as a result they have lost three matches in a row. Rajasthan Royals too started the tournament almost chasing down a big 200-plus total set by Punjab Kings before their bowlers won them the encounter against the Capitals in Mumbai. But like KKR, their top order has collapsed in their last couple of matches which means that RR have just one win from four matches in the tournament.

The KKR top 5 have just two 30-plus scores in the 15 innings they have batted in their last three matches in IPL 2021 – that sums up the story of the poor show of KKR’s batting in the tournament. The Chahar’s have wreaked havoc on their batting line-up. While Rahul picked four wickets and triggered a dramatic collapse after a 72-run opening wicket stand in Chennai, cousin Deepak ran through the top order for CSK in Mumbai.

RR are placed at the bottom of the table with the worst Net Run Rate. The top-order batting is a huge concern for the Royals. Sanju Samson’s tournament is following a similar script as last year. After starting the edition with a stunning hundred against the Punjab Kings he has registered scores of 4, 1 and 21. Manan Vohra has failed in all the four matches and has an aggregate of 42 while Dube, Buttler and Parag have clicked in just one of the four innings.

There have been some individual sparks but the batting has failed as a collective. The Royals have lost at least two wickets in the powerplay in each of their four encounters not able to build any momentum at the start. There have not been more than two substantial performances with the bat in any of the matches for the Royals.