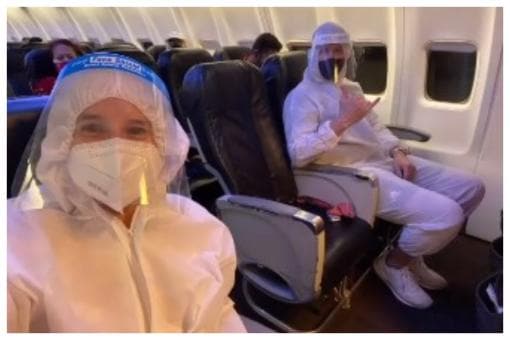 IPL 2021 Suspended May 6 Highlights: Mumbai Indians and Royal Challengers Bangalore on Thursday announced their  travel plans even as BCCI is trying to contain the fallout of IPL 2021 suspension. More shocking reports of the extent of the bio-bubble breaches are putting the board in a spot of bother. After news of bookies employed as cleaners at the Arun Jaitely Stadium, various reports claim a massive failure in maintaining the bubble after teams practising at the local club in Delhi came in contact with the general public.

But, it is not all gloom as the overseas players have started to fly out of the country. The Australians are flying to the Maldives and Sri Lanka before being allowed back to their country. A few of the England cricketers have already reached their country are in a mandatory 10-day quarantine. The Kiwis and West Indies players will be flying out soon enough while the South Africans too have no hassle in travelling to their country.

Only Mumbai Indians will be sending their overseas players by chartered flights. These flights will be leaving for New Zealand, West Indies via South Africa. According to Cricbuzz, they have invited other overseas players to join them. Mumbai Indians has a sizable population of Kiwi cricketers this includes Trent Boult, Adam Milne, James Neesham, Shane Bond and they are likely to be joined by other Kiwi cricketers from other teams. Meanwhile one aircraft will take off for Trinidad (where Kieron Pollard lives). It will travel to West Indies via Johannesburg in South Africa where they will offload a number of South African cricketers-Quinton de Kock and Marco Jansen. This flight will leave in the next 24 to 48 hours.

Sunrisers Hyderabad have told Cricbuzz that they have no clarity on the flight schedule. “We’re trying our best, but we don’t have clarity on this so far,” said an SRH manager on Tuesday. They have booked Go Air flights but they are struggling to fly to Barbados specifically. Meanwhile not all is doom and gloom. South Africa is still allowing flights, therefore South African cricketers must reach home with ease. Faf du Plessis has confirmed to the website that they are leaving for home in commercial flights. Meanwhile eight of the eleven English players have landed in London yesterday.